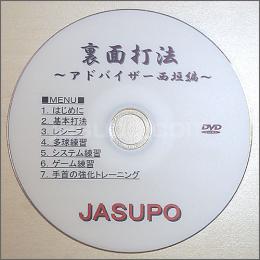 This video was completed to freely shake back uhou in cooperation with TEAM OSU NISHIGAKI you!


Flexible back is his battle type pen table, will 沸かせて venues in both hand rally forehand smash and drive back to 中陣.

People of the same type should think "I want to play this cool" saw NISHIGAKI you play.

NISHIGAKI you give merit メキメキ and 4 years of College would back uhou that while he was a spectacular growth since.

And leave the Conference even better performance with improved backside uhou College Championship also participated at.

Players were unnamed accomplishes the leap so far to serious hardship, experience and practice of requires.

"Shake the backside uhou freely..." 聞きだし practicing law he thought you NISHIGAKI you came in a four-year college of their own, began the technology even in the current mainstream, such as DVD production center.


Because video and a brief description in 'back uhou-Advisor NISHIGAKI-' seen in books and magazines, including remember than, understand several think finished with ease.
Finally there is no such experience?

After meeting with who received strong players playing exciting exercise motivation up work in the practice of.

I think that burning head strong players playing at such high awareness exercises to technology improves remarkably and synergy.

It would and could have an image with good head while watching practice law practice tackle much technology improves.

Honestly I feel response and exceeded the previous.


Power point and quality, picture quality, sound quality recording and タイトルメニューチャプター features extensive exercises to further back uhou description, explanation, on the back of so practice step notes, one search with the scene you want to see available during the practice.

Freely want to swing back, who put on the back of pen table, used in the pendulum back towards, who thinks and start back from this, I think this product is put up to help improve for such people. Recorded 1. Introduction-description 2 grips, cast biographies, introduction to tools and back benefits. Block block loop drive for basic uhou and short-speed drives for front-end drives &amp; counter drive for horizontally drive speed drive 3 for the loop drive for 中陣 drive / ツッツキ-ツッツキ... Back in before the receive ツッツキ flick foreground horizontal rotation and flick on Chiquita for rotation and Chiquita 4, under rotation, Chiquita under rotation and 横下 rotating speed of Chiquita and foreground before. Many balls practice No.1-10 5. Systems practice No.1-10 6. Back uhou (Digest version) 2 set practice game 7 wrist strengthening training item 7 above are "tight" and is approximately 60 minutes of recording experience.