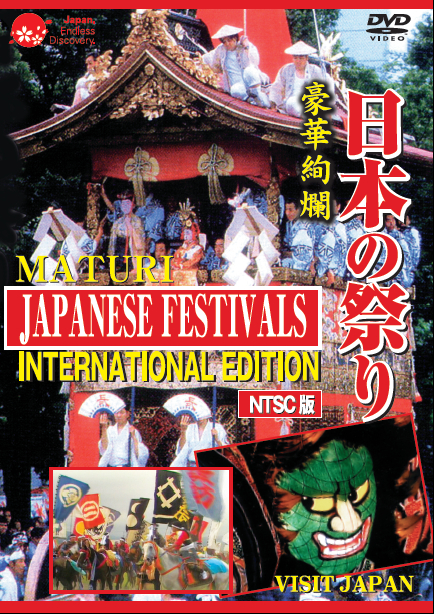 "Tell the traditions and history of the Japan Festival ”.
This national Japan Festival ” “ Kyoto Gion Festival, "Aomori nebuta Festival ” and “ Tokushima Awa dance", was included in Compact has increasingly. Rites of summer: Gion Festival in Kyoto &gt; Kyoto, Gion Festival, Festival of Yasaka Shinto shrine in Higashiyama-Ku, Kyoto City, has a history over 1000 years.
From the 7/1 Festival is held over one month, "evening mountain", "yamahoko procession", and "Mikoshi appearance" event occurs in that. [Gozan no okuribi &gt; see gozan no okuribi"is made mount daimonji, called Ruyi Gaku in Kyoto 16 August every year,"bonfire".
Commonly called "okuribi" case. Call [Aomori nebuta &gt; "Aomori nebuta Festival" is 7, Aomori city, Aomori Prefecture, 8/2, summer festival held in total more than 3 million tourists visit annually.
In 1980, was designated national important intangible folk cultural property.
[Soma field 馬追い &gt; Northeast summer festivals of ritual and Festival is one of 25 3 days in 24, 23, July annually held, has been one of the six major Northeast Festival. Spent 6 days from 3 August annually held in Akita city, Akita Prefecture: Akita Kanto &gt; "pole lamp" is a formal name is "Akita Kanto Lantern Festival" is.
Portraying the 提灯(ちょうちん) lined the entire pole light ear, a bag of rice (こめだわら), put on the forehead, back, shoulder and pray for good harvest. "Awa dance &gt;" Awa dance (AWA dance) ", is to Tokushima prefecture and the birthplace of Bon. In one of the three big Bon Japan, is about 400 years of history, summer will be held in Tokushima prefecture across the city.
Especially the Tokushima city "Awa dance" is Japan's largest, is most famous, counted to three great festivals of Shikoku.

"In the Japan section (Japan F