I will tell you the fear of a woman. [Amateur couple training document ド de S her and de M boyfriend] [The second part] 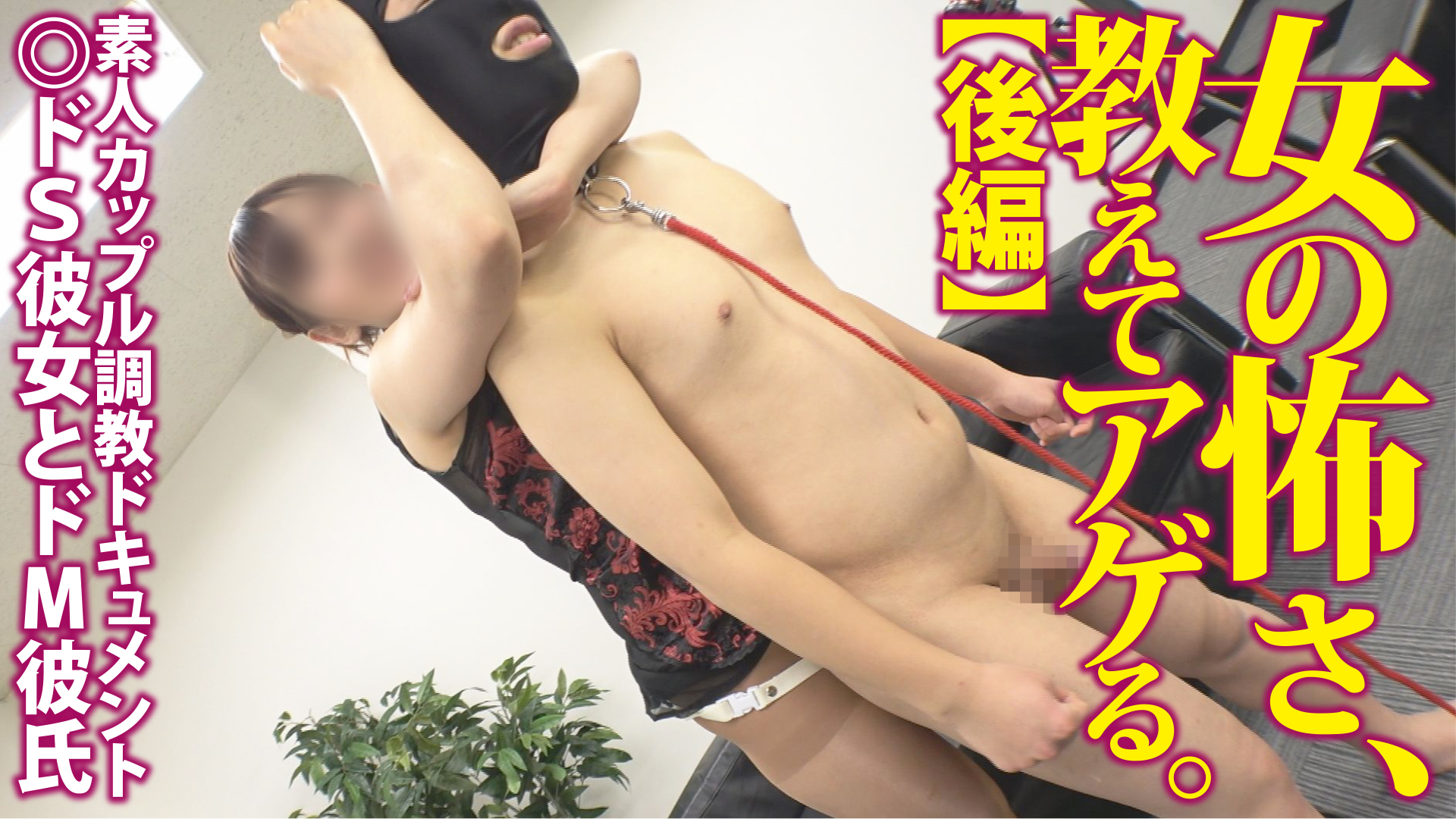 * The video to be introduced this time is a double story front and back for production reasons. Please be forewarned.

Thank you for waiting. It is the second part.

But it was a sad little ejaculation. Probably, if this ejaculation was made in the first shot, the boyfriend would have obtained the best pleasure. However, the semen of the second episode was slightly diluted on this day, and the erection degree was about 70%, and the cock and semen were far from max ejaculation because only a few tens of minutes had passed since the previous ejaculation. For this reason, the pleasure is low, and it is still an empty ejaculation despite being guided by hand. For a shameful ejaculation boyfriend who breathes on the shoulder, beauty Yuu with a cool face. A look that clearly leaves room.

"Miyasu gives the best pleasure, but dares to avoid it."

I saw it all the way to my eyes.

My question was soon to be revealed from her own mouth. An unexpected proposal was made by her.

"I'm going to take a picture of my boyfriend's real virgin graduation so I can commemorate it.

When I heard these words, I wondered, "It's strange." She told her boyfriend she had never shown her naked, but could she have sex photography so easily? However, if you could take a sex video and sell it as a video circle, it was a sham ... It is no less than Miyu who controls the shooting scene anymore, and there is no reason to refuse if he says.


In this way, as told by Ayu, she moved to her boyfriend's room and began sex photography. Of course, it's awkward to be a virgin boyfriend, but there's something wrong with her reaction on the bed. The kiss and chest massage are fleeting, and the "atmosphere that sex begins" is not at all. Without being able to blame her well, "I can't help, I'll do it."

As a photographer, I found a cold object stroking my heart and my heart.

“If you like an RPG, my“ turn one ”ended there. The turn took place without any damage. And, consequently, this was "my last turn". "

While reminding me of a sentence I read somewhere, I noticed Miyu's aim and shook.

She doesn't want her boyfriend to have sex ...

Miyu is trying to leave her boyfriend a "trauma for the first experience failure" ...

I'm trying to hurt not only my body but also my mind ...

From the standpoint of Ayu, I was able to understand the aim more clearly.

To be an entity that gives absolute pleasure. Keeping the food of more pleasure hanging before your eyes. Control the spirit as well as the body. Keep your mind and body from leaving. To be unique for a boyfriend. And beyond that is ──

"Why was the White Tiger Project called for this shoot in a number of doujin circles?" Conversely,

"Why we had to be a white tiger project?"

When it came to what it meant, the shock of a world reversal hit me.

It was a trick that was carefully calculated by her.

Shooting and selling it had to be a white tiger project

Is. Because we produce only one foreign work with other doujin circles and AV manufacturers.

I was caught in a terrible thing. At that point, things had progressed to the point where they could no longer turn back. He participated in a terrible plan by Miyu-sama, and he was steadily riding a strategy with the danger of changing the life of a young virgin man and his whole life.

From now on, it's terrible and terrifying, but from here on, you have to check the "video" with your own eyes and see the "truth". Last but not least, I can't forget one of her words even now that I'm trying to make it public.

At that time, I was listening to casual conversation. But this did not mean to boyfriend now. It was a “challenge” and a “provocation” for me, the photographer, and for all men in the world with a masochistic quirk. Can you face this reality? You will witness the malice required to have female distrust and female phobia. Please be prepared to see a real evil woman who is not at the level of small devils or devils ...

【Notes】
* Comply with Japanese laws, prefectural ordinances, etc., and site terms of use, and there is no content that falls under the category of child pornography. * The characters appearing are models over the age of 18 and are shot on contract.
* The work is a situation video. * Samples have been modified to prevent performers' privacy infringement, company barre, and parental barre. * Secondary use, transfer, reprint, resale, etc. of the images and videos of this work are prohibited (if found, we will immediately proceed without notice and legal procedures).

The fear of a woman, tell me a