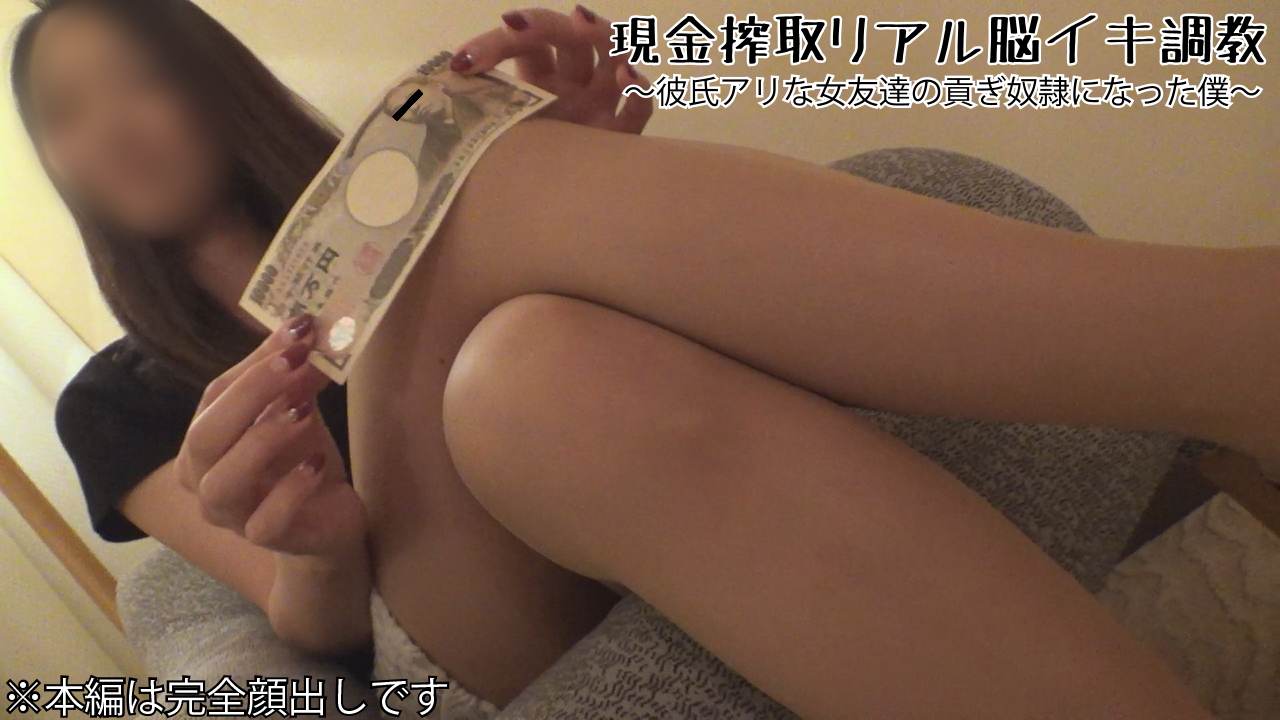 * Based on images and texts from the contributors, Shiratora Planning is composing and selling.

Post a video of the day when the long-time tribute masochist delusion came true.

I live in Tohoku, but when I came to Tokyo for work, I invited my junior junior college student Reimi to eat. She has a long relationship with Reimi, and she has a relationship like a best friend who transcends the relationship between men and women. She also knew Reimi&#39;s boyfriend, so she seemed reassured that it would not be a strange development if they were in one room with them.

On the contrary, I thought the only chance was here.

She was the only one I thought was my best friend, and I had a masochistic delusion of this beauty for many years. I believed that if Reimi would fulfill my kinky delusion, I set up this place carefully.

While drinking again in the room, he cut out, "Actually ..." Such a pervert confession would not have been possible without the help of alcohol. To be honest, I was afraid of being pulled away and escaping, so I dared to say it was bright.

I was excited about Reimi&#39;s S-like behavior for a long time

… The confession was very embarrassing as a man, and Reimi was jokingly stunned, saying, “I&#39;m stupid.

However, when I took out a 10,000-yen bill from my wallet and "real tribute," my eye color changed. I can see that Reimi&#39;s hand receiving 10,000 yen is shaking. Maybe your boyfriend has come to mind.

I think it is natural. It would be only fear for ordinary women to get 10,000 yen without any trouble.

A sense of accomplishment that realized a delusion.

The sense of immorality of giving money to a boyfriend&#39;s female friend.

Such feelings are mixed, and Ochinchin pulsates with a blow and full erection. A complete elect that the back of the gold ball is sloppy. The patience juice overflowed and drugs in the brain were secreted. And although it was completely different from ejaculation, there was even a climax close to ejaculation.

At the moment when the core of the head and the back of the head become hot suddenly, the moment the brain and Ochinchin are connected, the `` Iku &#39;&#39; feeling similar to dizziness!!


I wanted to know the true nature of this pleasure, and wanted to enjoy more "tribute" pleasure, so I offered one more piece to Reimi.

Excitement that was just thrilling. My hands tremble and my heart pops out.

She was also excited.

I was so hesitant to receive the first one, but the second one also helped my excitement.

Reimi was completely aware of my desires and excitement. He was muttering "Choro ... w" with a voice that he could or would not hear. Certainly, for me who is unconditionally contributing money, Reimi is nothing more than a chubby man.

A climax that shakes the brain again with just those words. The view also fluctuates.

In the video, it looks like you are easily giving 10,000 yen, but to be clear, 10,000 yen is a huge sum for salaried workers. It&#39;s 10,000 yen that you endure a crowded train, endure your boss's dislike, bow your customers, go to work on holidays, work overtime, and finally earn.

That is a feeling of defeat that easily reaches women. **** that contributes to a woman with a boyfriend. A sense of loss from a part of the body, a part of life. What's more, the sense of subordination, servitude, and euphoria across the fresh material of money, which can be enjoyed by women who should serve.

I could not stand and knelt in front of Reimi. She sits in front of a female friend sitting on a chair and contributes 10,000 yen. And I involuntarily leaked my heart.

Probably, I called a female friend in a manner. From that moment, Reimi changed her female friend, Reimi, to Queen Reimi.

It's really pleasant to give money and I want you to take it without hesitation, and I want your boyfriend to keep it secret. He confessed that Ochinchin was painfully erected by his tribute.

Reimi looked at her crotch so that she could see dirty things. Despised eyes pointed at a woman who was a friend until a while ago. My masochistic nature has fully bloomed.

I could not do it again, and contributed 10,000 yen again to get permission to take off the briefs in front of Reimi. Already 40,000 yen had moved from my wallet to Reimi's wallet. As you can see in the video, Reimi did not move from the chair and took only 10 minutes to get 40,000 yen. It turns out that Reimi was also excited by the fact.

I lay down on the floor in order to give up on the friendship, pride and shame that I had cultivated up to now, and show Remi-sama a bowed posture. It exposes everything in front of the ex-girl friend wearing clothes naked.

I am subordinate to Queen Reimi.

A servant expression using the body. He then stepped on the men's iconic Ochinchin with high heel pumps as evidence of complete yielding.

Ordinarily, it would be a bad idea to step on the cock with your shoes. Moreover, the other party is a former female friend who has a boyfriend. However, Reimi did not hesitate. Mugi, Mugi ... He stepped on my important Ochinchin on the sole of the shoe as if to step on the accelerator. In this play that was too **** for a man, our hierarchical relationship was determined.

"Thank you Thank you very much"

He swears such a thing and vows exclusive ****s.

Reimi did not say anything in her mouth, but her eyes were pointed at my wallet. It was a glance after seeing through silent tribute pressure and tribute masochist desire. My brain was completely tribute and became a masochist ****, so I will spend 10,000 yen to please Reimi.


I felt that the more I contributed money, the more my masochism and pervert was released. The pleasures that boil from the depths of my mind appear on my face. And Reimi-sama also showed her sexual excitement in exploiting me.

Please exploit more from me,

Keep running until you go bankrupt.

Please use it as a convenient ATM.

Please enjoy with my boyfriend with my dirty money.

It is not a pleasure to give semen.

Contributing to Reimi-sama, being dominated by money, and abusing miserable masochistic quirks. That is the greatest pleasure, excitement and happiness for me.

Despite my anomalous habit, I got the best partner, Reimi-sama, and I was able to fall into the hell of tribute masochistic pleasure. The most happy words for me now are:

"When you make a tribute, you'll get wet with your pussy w"

"Recently, my boyfriend is suspicious of money money w"

It is a word of praise.

Tribute play for me is mental sex that does not require cocks and pussy. It is sexual activity using a 10,000 yen bill. I don't think anyone will be pleased to see such an abnormal pervert play, but please take a look if you like.


(Added from the White Tiger Project)
Thank you for the uncomfortable sentences and the transcendent tribute masochistic training videos. The money transfer scene has ejaculated too vividly. The White Tiger Project will continue to work as a circle of tribute masochistic videos that is unparalleled in the world, so we will be waiting for more videos.

【Notes】
● Performers confirm that they are 18 years of age or older, confirm that they are at least 18 years old, sign a contract, and do not act in violation of Japanese laws, prefectural ordinances, or site terms and conditions.
● Provision, transfer, sale, etc. of images, videos, sounds, and other works to third parties other than for affiliate purposes are prohibited. If found, we will take immediate action. ● Please note that no refund will be made in any case.